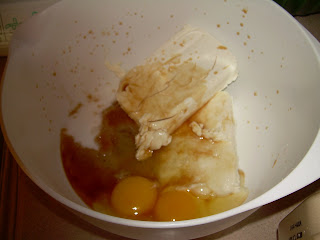 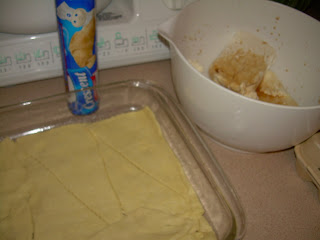 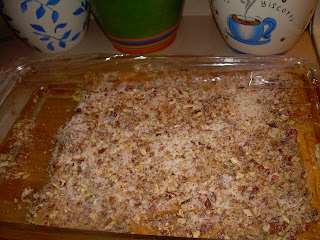 The aches and pains are not even forgotten and the plans for the dining room have begun. Gluttony can be more than food, sometimes one can be a glutton for the punishment of paint. Painting is really not hard, it's all the prep!
After fretting for an indeterminate length of time over another color; I have settled on a soft blue gray for the dining room walls. I already have the textured wallpaper that is paintable for the bottom half to be the same white as the trim.
I should be too tired to even plan. That is why gluttony came to mind. All my trim needs to be repainted.

Houses just require maintenance. My husband doesn't seem to think so. Maybe his eyesight is going to the same extent as is his hearing. We had a couple of funnies today.
Tigger asked Pa," Where is the flyswatter?"
To which he replied,"No, thank you."
Tigger, "Pa what did you think I said?"
Pa, " You asked me if I wanted some ice water."

Works for me. Later Pa went off without saying anything. We had a bit of snit this afternoon so I was wondering if he was going to the Wine Shop. When he came home I asked him where he went. He said something and I said,"I thought you went to the wine shop." He said, 'I went to the Blind Shop, looking for a bracket." Whoops.
Whatever delusions I have of being at least young at heart are totally smashed on days like these. Someone could make up comedy acts or intranet jokes based off our real life conversations.

Between the dementia and the hearing I could use one of the Piggie's lovely drinks.
Have I told ya'll how to make my super easy breakfast cheesecake? I'm going to make some on Monday before my girlfriend comes. Hopefully the weather will slack off a bit so they won't be afraid to travel. There have been a lot of storms in Alabama.
She lives in California and they flew to Alabama and then will drive here and fly home from our airport.

Back to cheesecake. I may have already told you this, but it's delicious enough and easy enough to repeat myself. I usually do not buy canned biscuits of any kind, but I tasted this before I saw the recipe. Sometimes it isn't worth it to be too much of a purist, especially with results like this.

spread out one pkg of Crescent rolls in glass oblong baking dish (pre spray with PAM)
blend cheese filling and spread evenly onto dough.
Top with second pkg of dough.

Mix in a small bowl 1 cup of chopped pecans and half cup of sugar. Sprinkle evenly on top of second layer. Bake at 350 for 30 mins, or until puffy and golden brown.
your mouth will swear you have labored long and hard to produce this fine pastry of such delicious quality. You and I will be the only ones who know it took 10 minutes.

All this thinking, has made me hungry. What's cookin at your house? Pig has blue booze in the blender this time, that girl has too much fun.

Just to cover everything. I darn near made my pup bleed to death cutting her toe nails today. I have a dog toe nail clipper and used the safety and still managed to nearly amputate her toe! She wouldn't stop bleeding even with pressure. Off to the feed store to get some styptic powder. When I returned her toe was still bleeding. I felt horrible! What a nurse. I'm good with people but my poor animals. Once Lucy made me give her cat a shot and the needle was so dull it bent. The idea of picking up skin and sticking them in the neck just gave me the creeps. I mean what if I poked them in their spine, or hit a nerve or something? I hated it. Lucy is still trying to get me to give my animals their shots. I still go to the vet. I will finagle some stuff but not shots. Now people let me tell you that I am a good stick for you though. I'll shoot your bo hiney, or anything else for that matter.

Pioneer Woman was taking pictures of calf castration. I was feeling queasy. Some joker was smearing the castrated appendages on her boots. That was not funny. Ranch life was not nearly as glamorous as before. That guy would not get even one bite of warm breakfast cheesecake no sirree bob, not one bite.

There is no way I can neatly wrap this all up into the topic of gluttony. We could however discuss it over a piece of warm pastry and a good cup of coffee or tea. After which we could discuss painting the dining room, and you could help.

I saved a drink for you!

Happy Mothers Day to you...
I will have to make this pastry... DROOL....I made biscuts gravey sasuage and eggs for breakfast/lunch... Martha had strawberry shortcake and cory went to sleep as he worked last night and has to tonight too... for supper tonight will be chicken and rice (one of dear hubbys favorites)
nothing to giving pets shots.... if I were closer I'd do them for you.
human shots of course are easy too!
castration... gag... been there done it gagged the whole time!
HUGS
Laura

Happy Mother's Day Karen! I wish I could sit down with you for a cup of coffee and some of that cheesecake dessert!

yumm, I have to try that cheescake coffee cake thingy. Thats sounds great!
Maybe I'll have it when I have freinds over so I don't eat the whole thing by myslef, lol.

Hope you had a great mothers day! I sure did, will post about it later on :))