Now that Nannie has wheels I can actually take my grands out to have a wee bit of fun! We decided to visit our local natural science museum. It isn't the Monterey Bay Aquarium which is one of the coolest places in the world to visit; but it was really fun. 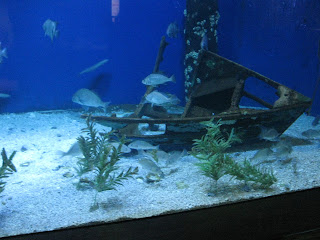 The day we went the weather decided to have a severe fit of thunder and lightening. While we downstairs looking at MS sea life and SNAKES... the power went out and we were in the DARK. 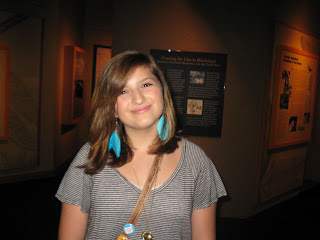 My brave grands soldiered on. Actually the power outage was brief. It's a good thing because a few people were pretty freaked out. I would have rather the power went out when I was in front of something dead not a live venomous cotton mouth snake!! YUK! SCCCCCCRRRRREEEEAMMMM. 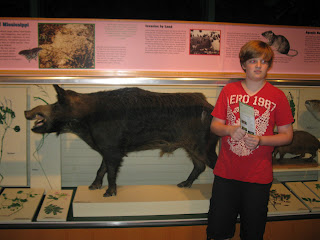 My grandson stood by this stuffed wild boar so you can see how big it is and how big he is. Ain't he cute? I love to tease and tickle him. I just can't help myself. 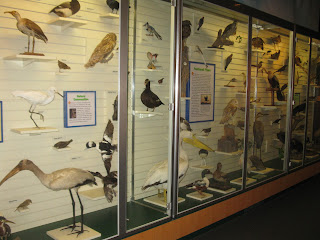 Who would think that so many different critters inhabit our state? Really it's amazing. I prefer the nasty bugs and snakes to be dead and in the museum. I will never be anything but politically INCORRECT when it comes to snakes. If it is poisonous and aggressive it needs to be dead. I did show the kids how to tell the difference. Garden snakes are alright. We saw some of those. I forgot to get a picture of our live two headed snake. It happens just like conjoined twins. Our two headed snake is not poisonous so I wish it a long life behind it's very safe glass gage or whatever that stuff is. 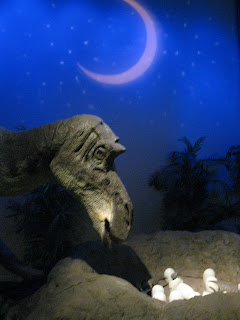 We decided that these robots might have been used in movies. We loved the scenes with the little ones hatching. They had sound effects and everything. This mother robotasuar looks smitten with her hatchlings doesn't she? 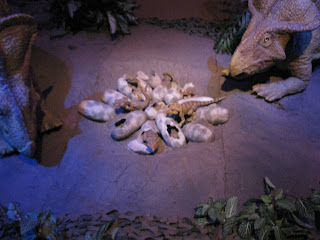 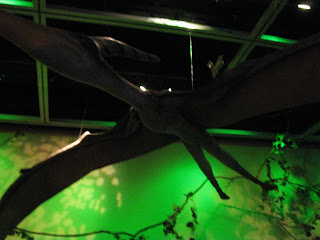 This is a dark picture but it is a flying teradactyl. Which prompted me to teach my grandchildren a poem. I do believe in educating our families ourselves. So I recited this poem for all to hear.

"Birdie birdie in the sky,
why you do that in my eye?
I'm so glad
that cows don't fly."

The poet would include teradactyls too. We decided that having animals of that size flying overhead would warrant always carrying an umbrella. 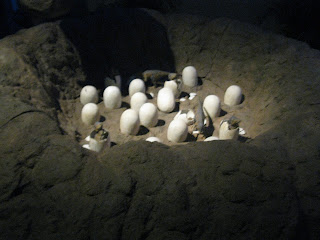 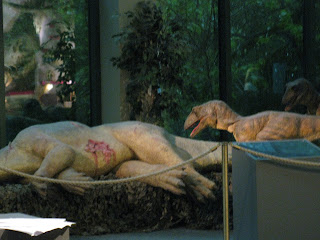 We even saw robot blood. 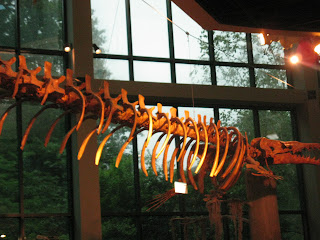 A humongous skeleton. it was up in the air, we hoped that it was not something that was ever airborne.  Nurses are sort of obsessed with how, what, and where, things plop. 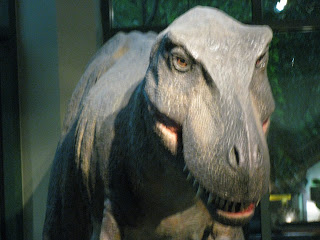 He would leave a considerable amount of compost too. 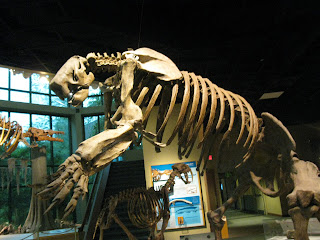 This is some kind of sloth! Check out the claws on this dude! Good thing sloths move SLOWLY. 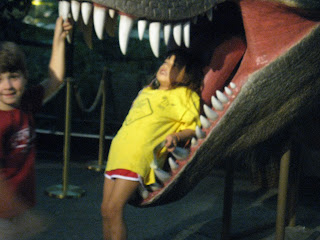 We had a volunteer to pose with Rex and show off his dental health. 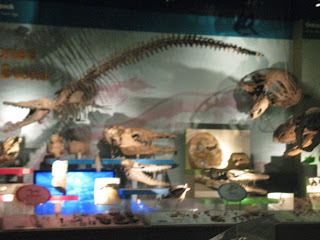 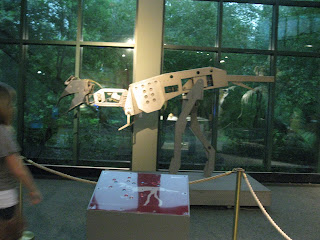 And to da...the robot inards. Very cool. The eyes move and can seriously give you the creeps. The eyes on these robots looked very real. The way they move it looks like they can see you, with mouths obviously big enough to eat you.... 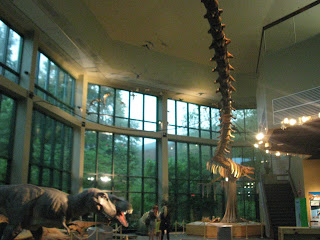 but they do not and so we lived to tell the tail.
Posted by Karen Deborah at 5:49 PM

How fun!! thanx for sharing all the pictures!! Yeah for having wheels to drive around with and double yeah for such cute grandkids!! Love Heather

What fun! Those children are adorable!

By the way, I DID visit the Monteray Bay Aquarium a few days ago :-)